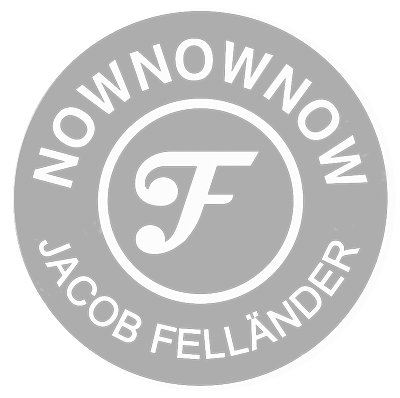 The NOWNOWNOW NFTs are [short movies] of the viewer traveling through the artist’s photograph and into the virtual world. Each NFT is a unique combination of a different Background, Flightpath and Soundtrack:

In addition to owning the NFT, holders of a NowNowNow NFT:

Felländer is one of few artists to succeed on a global level in both the digital and traditional art worlds. His 2-dimensional analog photographs captured with a 1918 Kodak Brownie Camera were turned into oil and charcoal paintings and then rendered into Felländer’s VR world, NowNowNow-land.

Fluently and groundbreakingly bridging the analog and digital art worlds, Felländer was a true pioneer in virtual reality art from 2014. His VR world was shown at Fotografiska, Stockholm 2016 and Art Basel, Miami 2017.

Featured by Sotheby’s New York, Art Basel Miami, Hamiltons in London, Grand Palais in Paris, Fotografiska Stockholm and Camera Work, Berlin, Felländer has an endless list of accolades since his debut in 2005. Felländer’s works are held in a number of prestigious collections, including the Fotografiska museum, MOCA Miami, The Swedish Royal family and the collection of President Clinton.