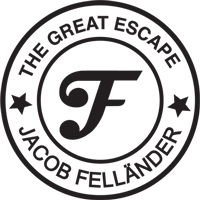 When mathematician Albert Einstein was 26 years old, he made an important discovery: mass and energy are two sides of the same coin. Ten years later, he had fine-tuned his thinking, in particular with the insight that mass and energy bend spacetime. The Mountain Theory is a streamlined representation of the idea that everything goes faster at high altitude. You age faster up on a mountaintop than down in the valley, even if it’s only a matter of a couple of microseconds.

The beauty of Jacob Felländer’s mountain photos is what is most striking about them. The raw cruelty of the mountains’ dimensions. So utterly unadapted for and undesigned to serve the fragile creatures who began padding about their bases billions of years after their formation. The technique he employed to create the images is as simple as it is ingenious, an almost old-fashioned approach. By advancing the film in his camera just a little bit at a time and photographing the same motif over and over, he produces a wildly unusual effect, a sort of three-dimensional transparency.

He shares his fascination with mountains and desire to be close to them with many other artists and writers, notably Carl Fredrik Hill, who found his landscape in the cliffs of Normandy.

The Mountain Theory is Jacob Felländer’s first exhibition at CFHILL, and we are very excited to have the opportunity to present his latest work. Internationally, he is represented by artworld heavyweight Hamiltons Gallery in London. The fact that the show ended up resulting in a collaboration with musician Anna Ternheim is a special treat – she has also named the works in the exhibition. These two brilliant Swedish artists remind us that grandeur and beauty can only exist with human beings as their interpreters and audience.